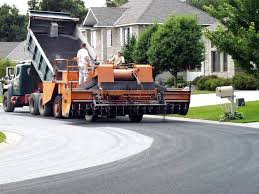 UPDATE: The road maintenance projects previously planned for May and June have been updated. The asphalt removal and replacement project will take place June 10-12, 2014, and the micro-surface project has been postponed until September 2014. The streets that will be affected are listed below. Questions may be directed to the City’s Public Works Department at: 801-785-9668, ext. 200, or email: publicworks@cedarhills.org.

We ask for your cooperation as these improvements are completed. The contractor will provide more detailed information to each neighborhood prior to the commencing of the work. During this project you may be asked to eliminate on-street parking and turn off your sprinkler system timers for a short time. To ensure safety and efficiency during the project please 1) reduce speeds,  2) follow requested traffic-flow modifications, 3) and drive with caution.

UPDATE: The asphalt removal and replacement project will run June 10-12, 2014. They will begin on the northern portions of the City on June 10, and work their way southward over June 11 and 12. The following streets will be affected:

UPDATE: The micro-surface project, which was previously scheduled to begin June 12, will be postponed until September 2014. The roads that will be affected by this are: