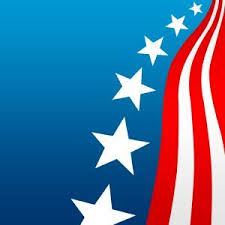 What happens at a caucus meeting?
Delegates are chosen during the neighborhood caucus meetings. They will go to their party’s convention (April 25 for Democrats, April 26 for Republicans) and vote to select which candidates will run in primary and general elections.

How do I find out where my caucus meeting is being held?
Utah’s two main political parties offer a search on their websites:www.utgop.org and utahdemocrats.org. In addition, the Utah Lieutenant Governor’s Office — the state administrative agency over elections — provides vote.utah.gov as a way to find out specific locations of meetings. Project Vote Smart offers contact information for other political parties. County clerks’ offices can also help you.

How many people attend these caucus meetings and how long do they last?
Each precinct is different. Depending on how politically active your precinct is, anywhere from a few people to hundreds could attend. The meetings last up to a few hours. The Utah Republican Party has set a limit of two hours for this year’s meetings.

Why would I want to be a delegate?
Delegates in Utah have a lot of political pull. A delegate is one of up to 4,000 people who will help determine each party’s nominee. Utah is one of seven states that uses the caucus-convention system, and the only state that until recently did not provide another way for a candidate to get on the ballot. Senate Bill 54 keeps the state’s caucus-convention system intact while allowing for those who get enough signatures to also get their names on the ballot.

How do I get elected to be a delegate?
After locating your precinct, ask neighbors and supporters to come with you to the caucus meeting to vote for you. Arrive early to meet neighbors you may not know. Ask someone ahead of time to nominate you. You can also nominate yourself. You will likely need to answer questions about yourself and why you would like to be a delegate. It would be wise to read your party’s platform ahead of time and refer to the items you will support. Speak about how you plan to select candidates; avoid endorsing any candidates in your comments. Practice beforehand and keep your comments short, around one to two minutes.

Who is eligible to be a delegate?

Delegates must be 18 years-old by the time of the primary in August, or general election in November. You must be a registered voter and live within the precinct of the caucus you attend. During the 2014 caucus, specific parties may have other requirements, including affiliation with their party. You can choose to affiliate with a party at their precinct caucus. The passage of SB 54 does away with this requirement in future elections.

How long is the commitment, and what will I do as a delegate?
You will serve a two-year term. During the first year you will go to the nominating convention to help determine party candidates. Your second year will involve choosing party officials, platforms and conducting other business.

County delegates: Convene every year at their party convention. This year they will help select primary state House, Senate and county candidates. Conventions during years ending in an odd number revolve around party business on a county-wide scale

State delegates: Meet once a year at their party convention. In 2016 they will elect primary candidates for U.S. Congress (all seats) and the state attorney general.

How many delegates are there?
There are almost 4,000 GOP delegates and more than 2,000 Democratic delegates. State delegates will help choose the candidates for state offices, legislative candidates in districts that include more than one county and Congressional candidates. County delegates will select those running for Utah House, Senate and county offices. A candidate can bypass a primary election in Utah if they obtain 60 percent or more of the vote during their convention.