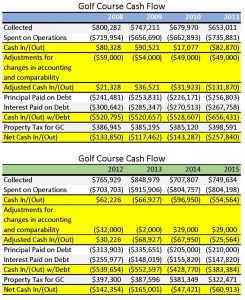 On October 28, 2015, the Golf Course Finance Advisory Committee held a town hall meeting to present the results of their research conducted over the past several months. This committee was originally formed in 2012 to review the financial performance of the golf course and to provide a comprehensive report of the financial health of the golf course. This year the committee met again to update the financial presentation through fiscal year 2015 and to review an option presented that would close the course, sell off portions of the land for development in an effort to retire the golf course bond, and develop portions of the remaining land into parks.

As part of their research, the committee met with the city’s legal counsel and finance director to understand the legal and financial ramifications. They also opened their meetings to the public in order to receive input from residents and took this feedback into consideration. After completing their research, the committee was asked to vote on six questions. Those questions, with the associated votes are:

· Do you believe Rob Crawley’s Option B solution as outlined in this report is a viable plan? 7 said no, 3 said yes.

· Do you recommend Rob Crawley’s Option B proposal be adopted by the city council? All 10 said no.

· Do you believe the current economic status of the golf course is sustainable? All 10 said yes.

· Do you believe that, for now, barring any significant change in economic status, the best course of action for the city council is to fully support and promote the golf course and make reasonable efforts to improve its financial viability going forward? All 10 said yes.

· As a member of the Golf Course Finance Advisory Committee do you feel you have been given enough time and opportunity to fully express your point of view, share your facts and express your opinions? All 10 said yes.

· Even though you may agree or disagree with the conclusions and recommendations of this committee, do you believe that our treatment of the issues has been completely transparent, that there has been no effort to deceive in the presentation of the financial and legal information, and that nothing we know of has been hidden or kept from the public? All 10 said yes.

In their report, the committee provided reasons for their recommendation, some of which include:

· The financial projections of Plan B lack substantive detail to be considered accurate.

· Public comment from residents made during meetings encouraged the city to keep the golf course open and find ways to improve the financials.

· While Option B attempts to project the legal expenses involved, the reality is this is an unknown cost, which could be significant and time consuming. The legal hurdles include immediate and complete payment of the bond, CCR’s, Cedars HOA, Development Agreements, Conservation Easements, Highland City, the Harvey family, the IRS, and frivolous and non-frivolous lawsuits from residents or third parties.

· The closure of the golf course would reduce the amount of open space the city possesses.

· There are ethical and moral issues involved in changing the landscape of Cedar Hills for those residents who selected Cedar Hills with a golf course as a home.

· The closing of the course, selling portions of the land to developers, and changing the land use next to residents will create an even larger group of residents who no longer feel in harmony with their city.

· It would be simpler, more ethical, and carry less financial and legal risk to use the proposed Deerfield Park as planned and St. Andrews Estates for public use rather than dissolve the golf course in an effort to increase park space.

· The golf course financials are improving and the subsidy has been diminishing in recent years.

· At present, the city is financially sound and can meet its financial obligations. There is not a pressing need to liquidate city assets to remain financially solvent.

The entire report may be found on the city’s website at cedarhills.org/committees-boards/golf-finance. During the October 20 City Council meeting, the City Council unanimously voted to accept the recommendations of the committee.

We appreciate the time and effort put forth by this committee in researching the financials of the golf course and an alternate option presented. In the graphic below is the financial summary presented by the committee in 2012 with an update that includes the financials through 2015. Feel free to reach out to any member of the City Council or the City Manager with questions. 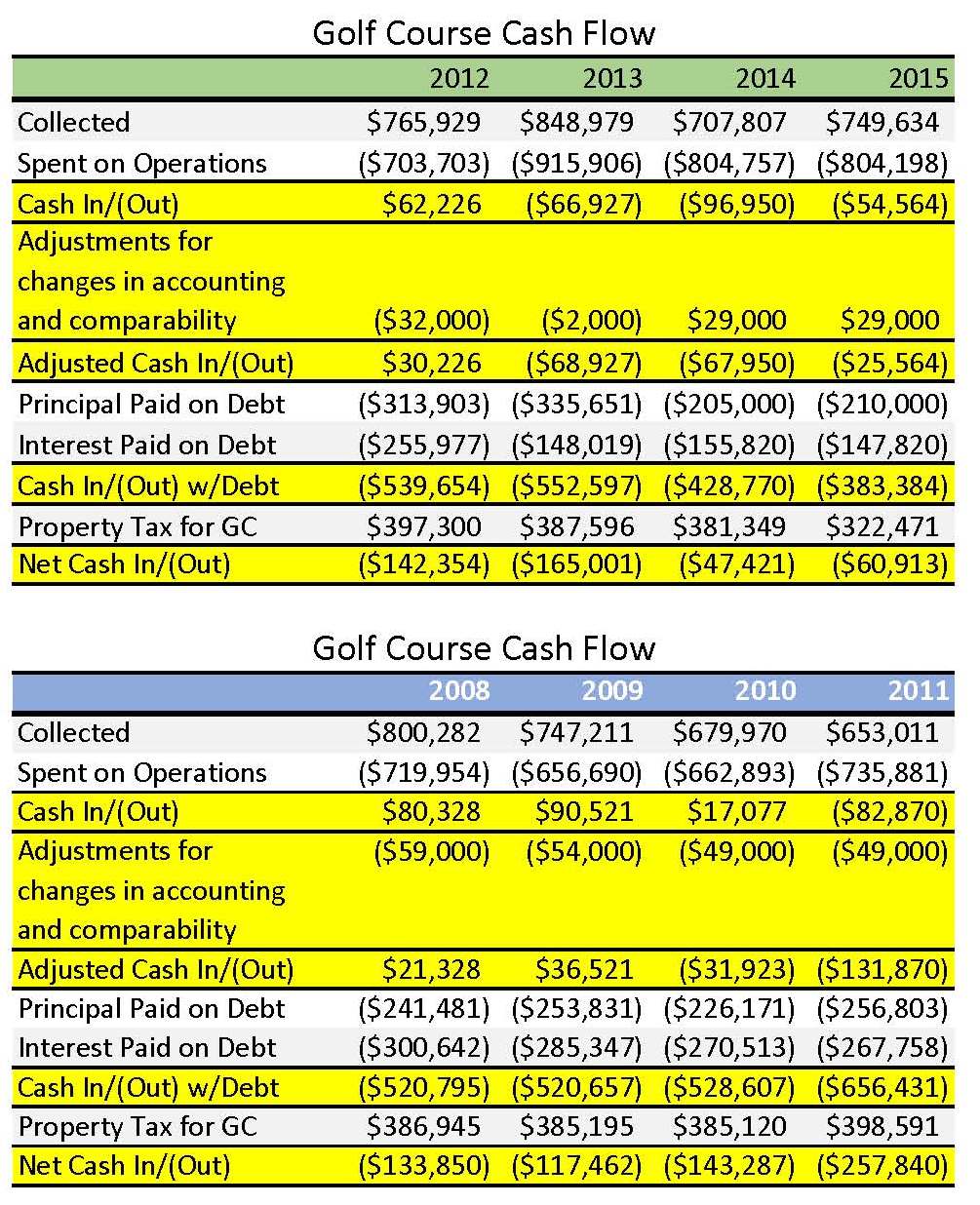