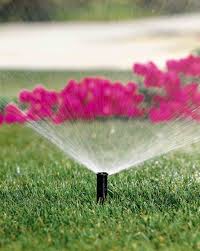 The City finds there is an urgent need to establish a water conservation goal and has created a Water Conservation Citizens Advisory Committee, which is made up of Cedar Hills residents with various expertise and focus on conservation. Last year, the City’s usage exceeded the State’s recommendation by more than triple. Additionally, the City’s pressurized irrigation system was pushed to its delivery capacity. After reviewing historical data, the committee recommends a pressurized irrigation consumption reduction of 50% over last year’s usage, phased over the next three years.

For the 2014 irrigation season from mid-April through mid-October, the committee proposes a 15% minimum consumption reduction. With that percentage in mind, the City’s goal for the first two weeks of this year’s season would have been 20.40 million gallons of secondary water. We actually used 25.67 MG in that two-week period, which still far exceeds the State’s recommended usage of 12.25 MG for a city of our population.

The committee plans to make recommendations to the City Council to implement the metering of secondary water for the 2015 season. Water is a precious and limited resource. We need to begin preparing now. Please create a watering schedule for your home with a focus on conservation.

We encourage residents to utilize the many online resources, which provide suggestions for conservation, water-wise landscaping, watering guides, etc. The Utah Division of Water Resources offers many tips about how to “Slow the Flow” at: www.conservewater.utah.gov. The City’s water conservation committee plans to implement an educational campaign, including water usage tips and recommendations, throughout the irrigation season.