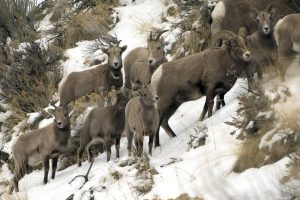 Cedar Hills is built upon an alluvial fan, or bench, created thousands of years ago when it was a shoreline of Lake Bonneville. Early settlers referred to the area as “The Bench.” Because of the growth of cedar trees, the area was later referred to as Cedar Hills. The bench provides a beautiful view of the surrounding mountains, Utah Lake, and Utah Valley. Cedar Hills was established as a community in 1977.

The dry bench upon which Cedar Hills is located provided little attraction to Native Americans. They preferred camping near streams, such as in American Fork Canyon. Several Native American artifacts were found upon the bench, however, including an Indian bowl (found by Paul Adams and currently on display at a Brigham Young University museum) and numerous arrowheads. The arrowheads were probably dropped during skirmishes between the Utah Valley Indians and the Shoshones.

Early settlers began to make their homes in settlements around the area of what is now Cedar Hills. The surrounding cities of Pleasant Grove and Alpine were settled between 1849 and 1850. Later, a large portion of the area was used for dry farming, which proved to be unsuccessful. A few planted plots existed among the sage brush, but much of the area was used to pasture livestock. Other forms of livelihood among early settlers included trapping and turkey farming.

The area where Cedar Hills now sits was once home to a nationally recognized turkey ranch. According to the Utah State Historical Society, Effie Warnick Adams and her husband Azra settled the area north of Pleasant Grove and developed a turkey ranch in the depths of the Great Depression.

The Utah State Historical Society says that the turkey ranch gained national publicity as Azra Adams served as the President of National Turkey Federation in 1956.

The David Evans Company Advertising Agency, advertiser for the National Turkey Federation, would take pictures of the Adams turkey ranch because of its impressive mountain background. In 1939, the National Poultry Congress in Cleveland, Ohio, displayed photographs of turkeys raised on the beautiful bench upon which Cedar Hills is now located. And, as NBC ran a news story about turkey farming on the bench, the photographer was taken back by the beauty of the bench and continued to say, “beautiful, beautiful.” In 1962, the Saturday Evening Post also ran stories about turkeys still living upon the bench.

The ranch began to struggle in the 1960s as the area became more populated and residents complained of dust and noise caused by the ranch. The ranch also struggled with increases in wages for hired help and heavy losses. The ranch was put up for sale in 1971 and the Cedar Hills community would later be built on the land.

Recreation Programs Provided in 2018 by the Community Services Department: