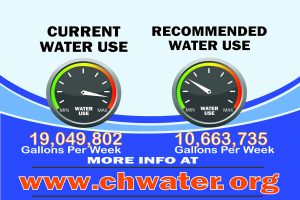 As we enter the final weeks of the irrigation season, we continue to see that residents are responding by decreasing their irrigation consumption. We appreciate those who are making adjustments to their irrigation schedules based on lower temperatures and precipitation. Although we continue to surpass the state guidelines, the gap between actual consumption and the state recommendations has narrowed. The state recommendation for watering guidelines for this week calls for no irrigation.

The city’s pressurized irrigation system will be shut down by October 15, so please start to minimize usage of the system.
Your lawn is preparing to start its dormancy period so
the demand for additional watering is being eliminated. 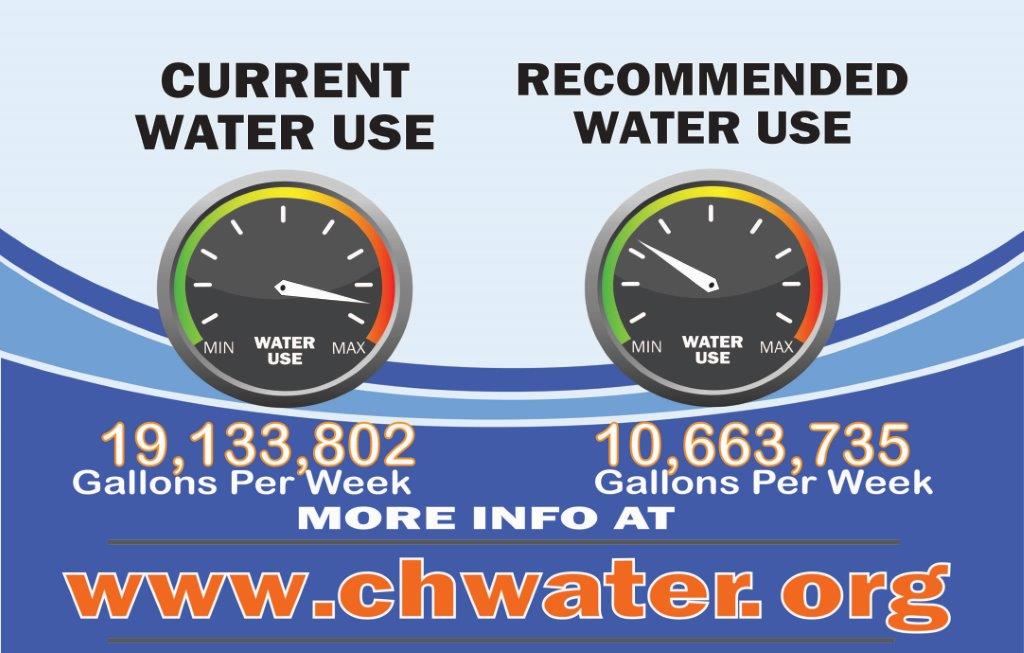 There are now less than 30 days until the irrigation system will be winterized. If you notice your lawn browning just a bit, do not be concerned; it is natural for it to start its dormancy period. According to state guidelines, watering every six days will keep your lawn in good shape in preparation for the winter months. 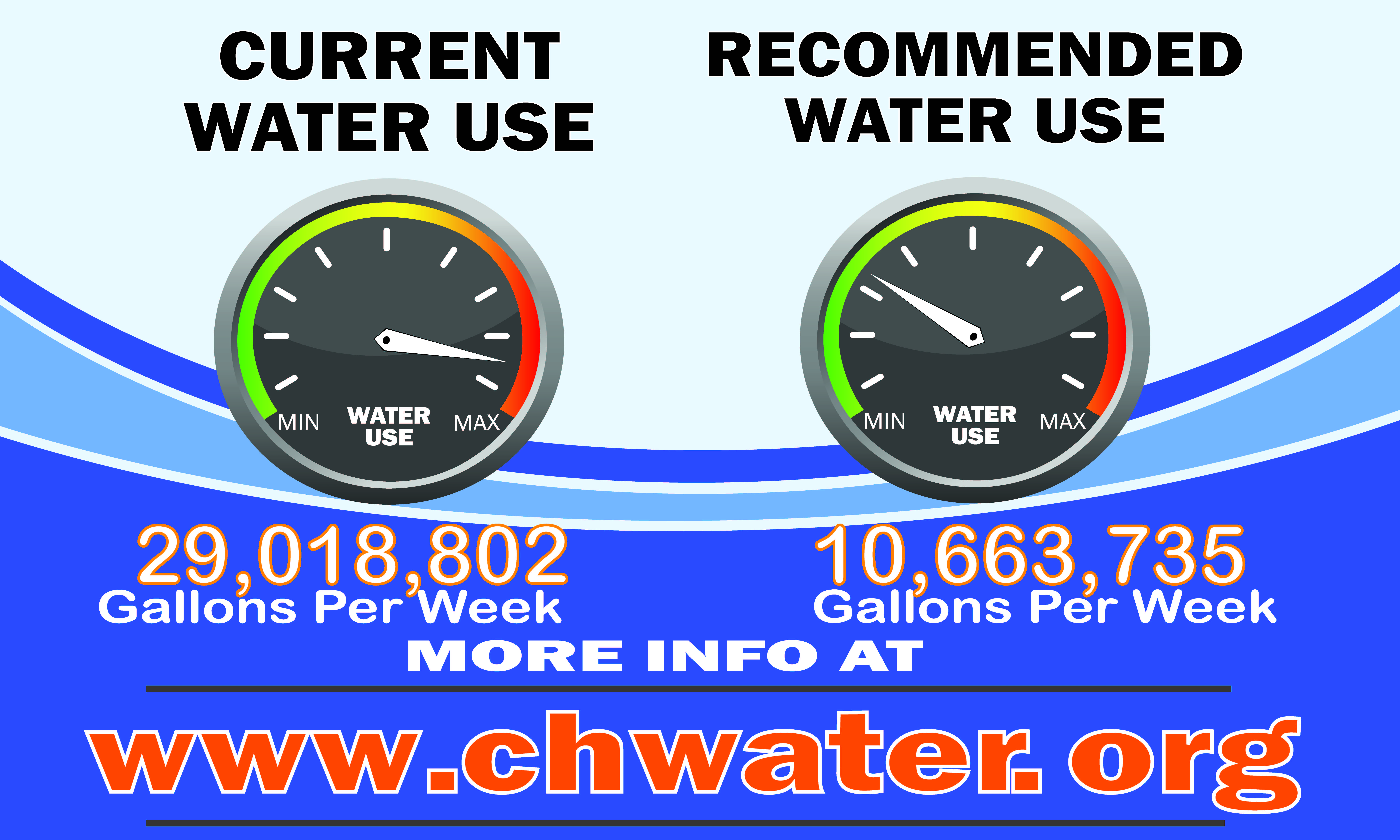 With unusually cooler weather and substantial rainfall during a significant portion of August, the city’s irrigation consumption decreased over the past several weeks. Every drop of water we conserve this season directly impacts the water bank. With approximately one month until the end of the water year, we can continue to conserve and build water levels for next year. According to some preliminary forecasts, this coming winter is predicted to be colder and wetter than last year. The wetter part will be welcomed, as the State has faced a multi-year drought period. Please note that during the month of September, watering should be reduced to 21 minutes every six days. If rain is received, the days between irrigation cycles can be increased. 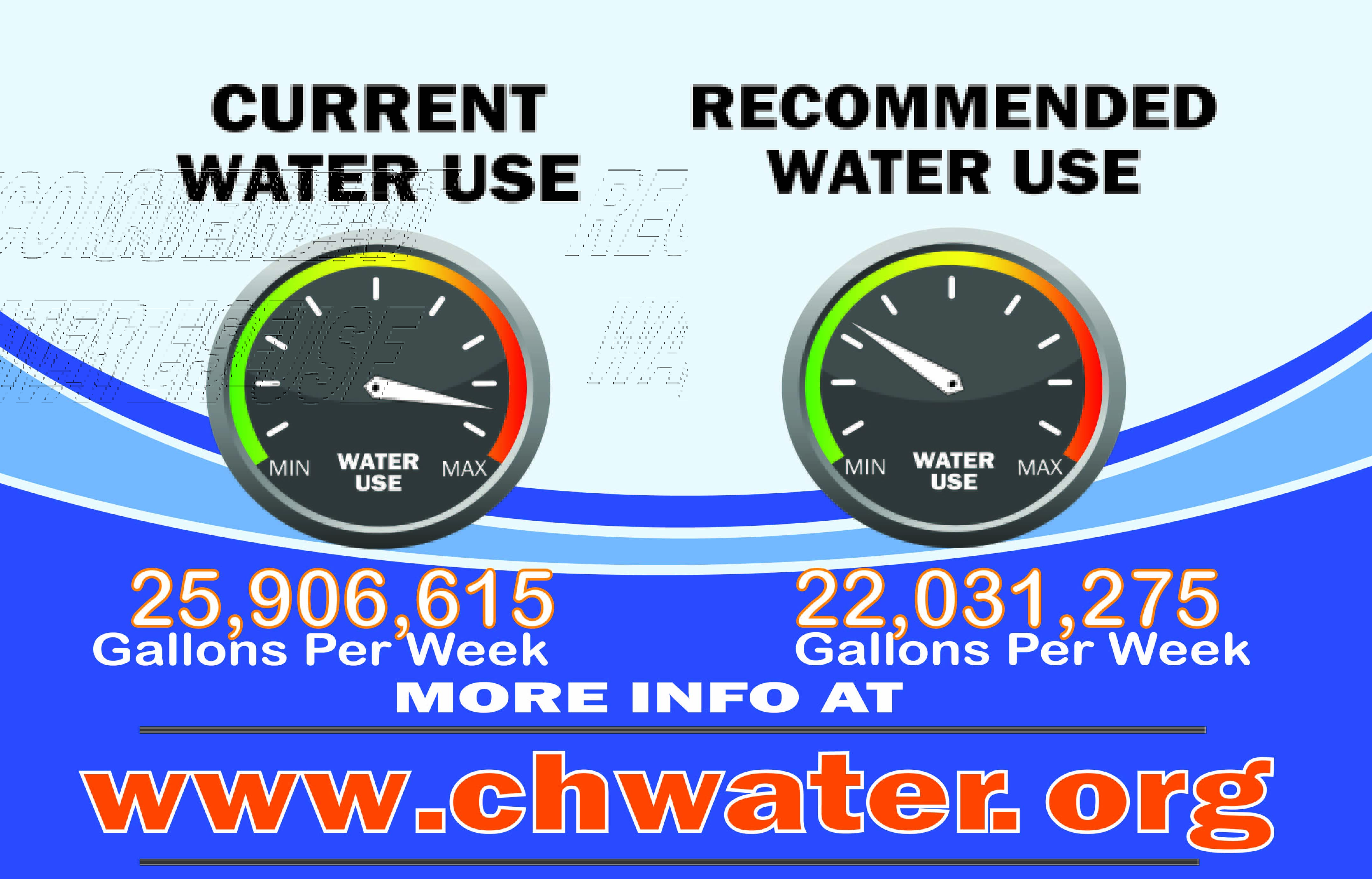 Cooler weather has persisted on and off for the past several weeks. The reprieve is appreciated. Last week, irrigation usage dropped to less than half of the weekly season high in July. That is progress. However, this week we are trending higher. In addition to the weekly efforts residents are making to conserve water resources, the city has concentrated on effectively managing its resources in order to conserve water from the most expensive source in our portfolio, specifically water delivered from the Central Utah Water Conservancy District. To date, the city has consumed approximately 45% of our CUP allotment. Last year at this time, the city had consumed 90% of the CUP allotment. 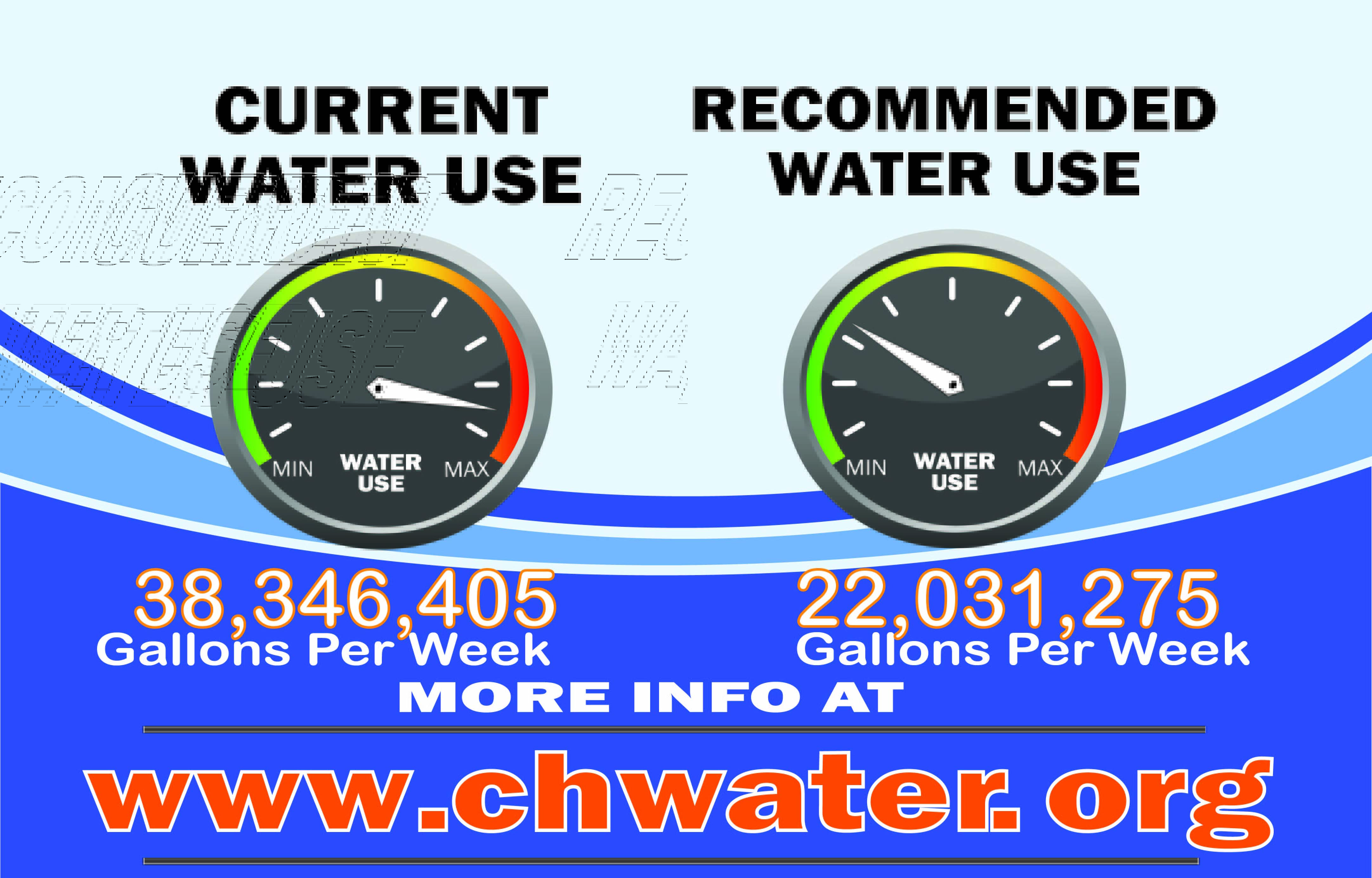 A sincere THANK YOU to the residents of Cedar Hills! Our “water–ometer” shows that irrigation consumption this past week dropped significantly. In fact, city-wide secondary water use was actually lower than the state recommended amount by approximately 5.7 million gallons! Granted, we did receive significant rainfall, which was much needed. Both the citizens and the city facilities responded by cutting back on consumption, and the numbers show it. Many of the wells and pumps were able to rest, and the irrigation ponds were able to fill. So, thank you.

All residents are invited to a town hall meeting to be held on August 14, 2014 at 6:00 pm at the  Cedar Hills Community Center. A discussion regarding the pressurized irrigation system, and a recent water study completed by Hansen Allen & Luce will be presented. We will also have a discussion about water conservation and what the city is doing to conserve irrigation water, followed by a question and answer session regarding any water issues you may want to discuss. Please plan on attending. 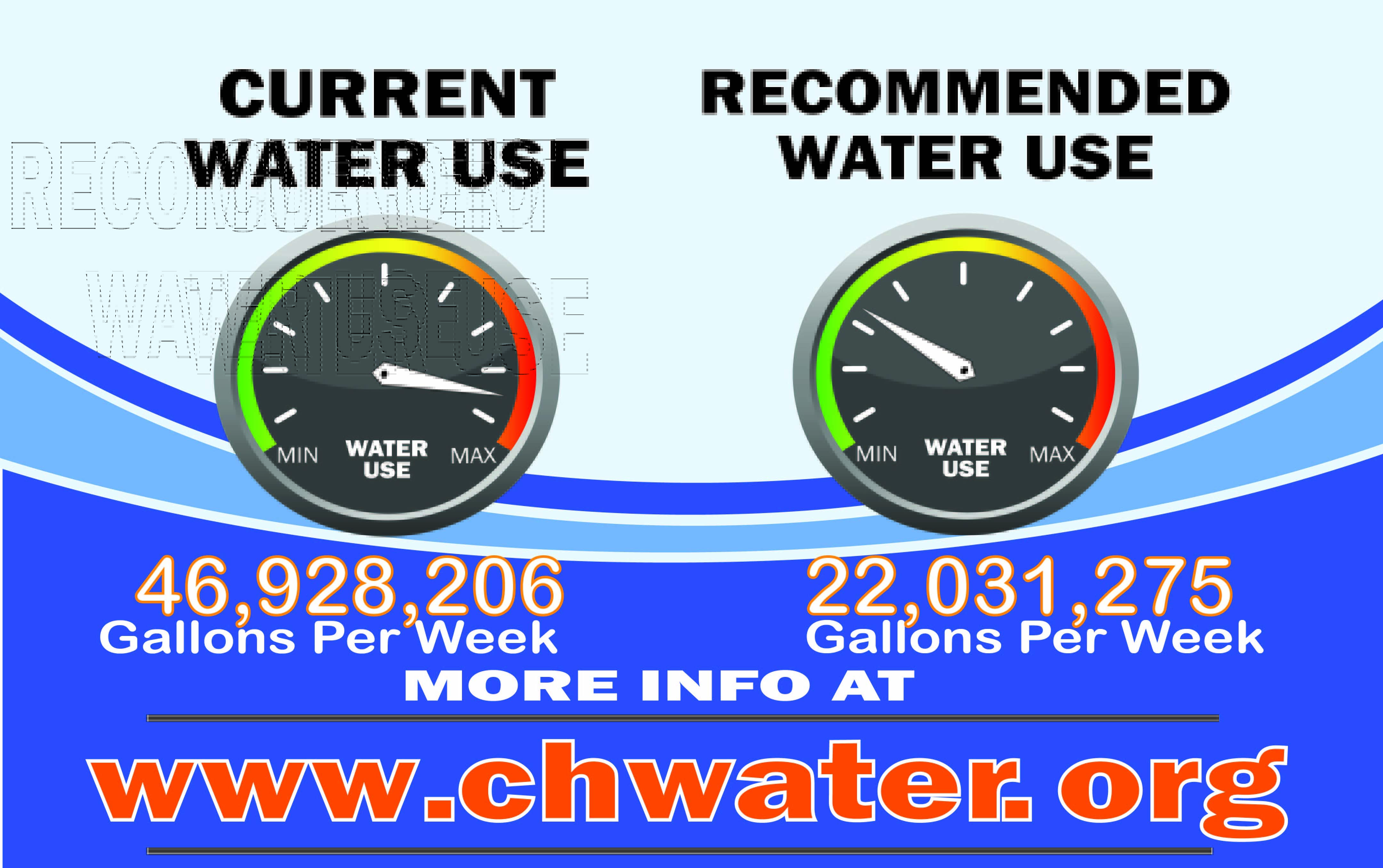 July 29 – The largest combined consumption of the pressurized irrigation system is the residential user. Granted, there are large single users within the system, including the two elementary schools and churches. The commercial district at this point is on culinary water and their demand is much less per acre, due to the large parking areas built on the parcels. The golf course usage is not figured into the totals. Likewise, Heritage Park is on the culinary system, so that usage is not figured in. The city has installed approximately 12 rain sensors throughout the city. They regulate our major parks.  Public works relayed that the sensors did function properly during our last event at the locations where they were installed. The city will continue to evaluate if other city systems can be retrofitted with rain sensors.  Some of the smaller systems may not be compatible for retrofitting. 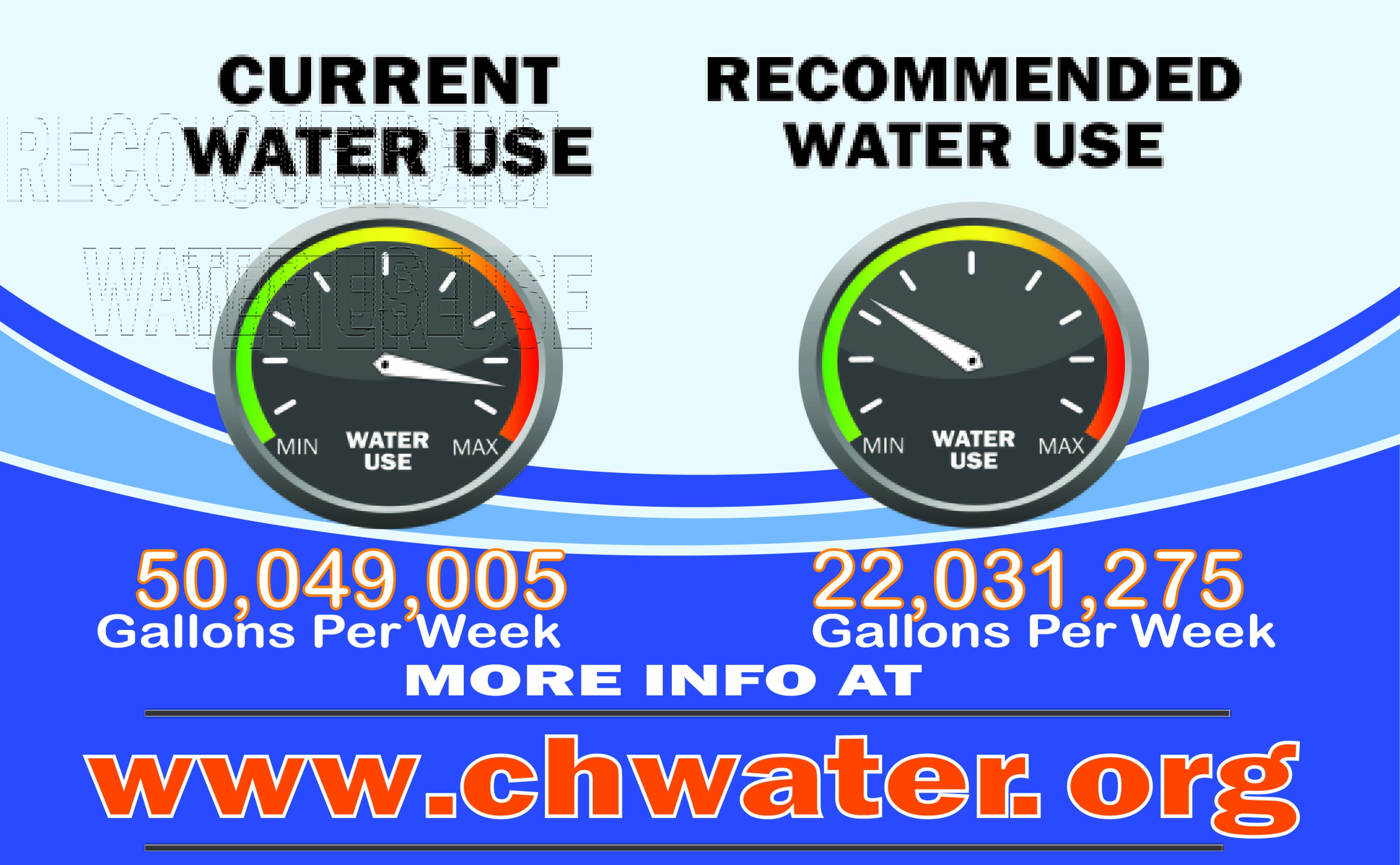 July 22 – Consumption for the past week has been slightly less than the previous week’s high of 52.5 million gallons. However, consumption for the week remained high at over 50 million gallons consumed, totaling an approximate 28 million gallons over the state recommended watering guidelines. Stream flows from the American Fork River, a main contributor to the city’s irrigation water supply, continue to decline. Flows are now at critical low levels of approximately 30 cubic feet per second (CFS) during the multi-year drought our region is now facing.  During non-drought years, flow would be expected to be in excess of 100 CFS. We remind residents to slow the flow on individual systems and conserve irrigation resources. We are fast approaching the point where demand will exceed supply, as city-wide consumption has increased, while river flow and irrigation supply has decreased. 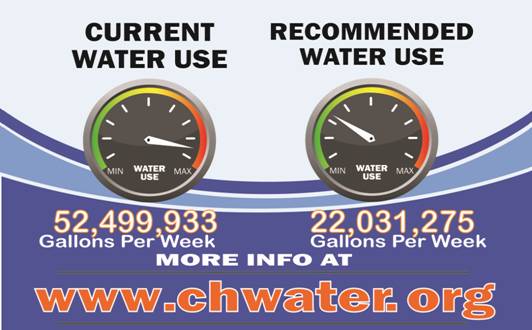 July 18 – According to the weekly pressurized irrigation usage, the city used over 30 million gallons more than we should have for the week. It was the worst week so far this summer for overuse. At this point, the pressurized irrigation system is running at full capacity, 24-hours a day. Public Works is concerned that any mechanical failure or glitch in the system will put the system behind in needed production, with probable negative ramifications. The city needs your help to reduce consumption.

With temperatures hovering near triple digits for the past week and next, effective landscape watering will be very important. Please adjust sprinklers to meet the city-adopted watering schedules for days and times. Watering during the heat of the day and during windy times is not effective. Our water resources are limited and should not be taken for granted. Especially considering that we live in an arid desert state.

A recent notice to all water users along the Virgin River states that no watering is allowed for any users unless the water right approval dates were granted earlier than the year 1900! Some people in line to lose water are worried about the effects. “It’s all the irrigation, pastures, the town park, trees,” said Lisa Stout of Virgin.

Can you imagine needing a 114-year-old water right just to qualify to receive ANY water at all?  Obviously, that would eliminate any recent water right in Cedar Hills, since our city incorporated only 37 years ago in 1977. Our entire city would suffer dramatic loss of value and aesthetic appeal. 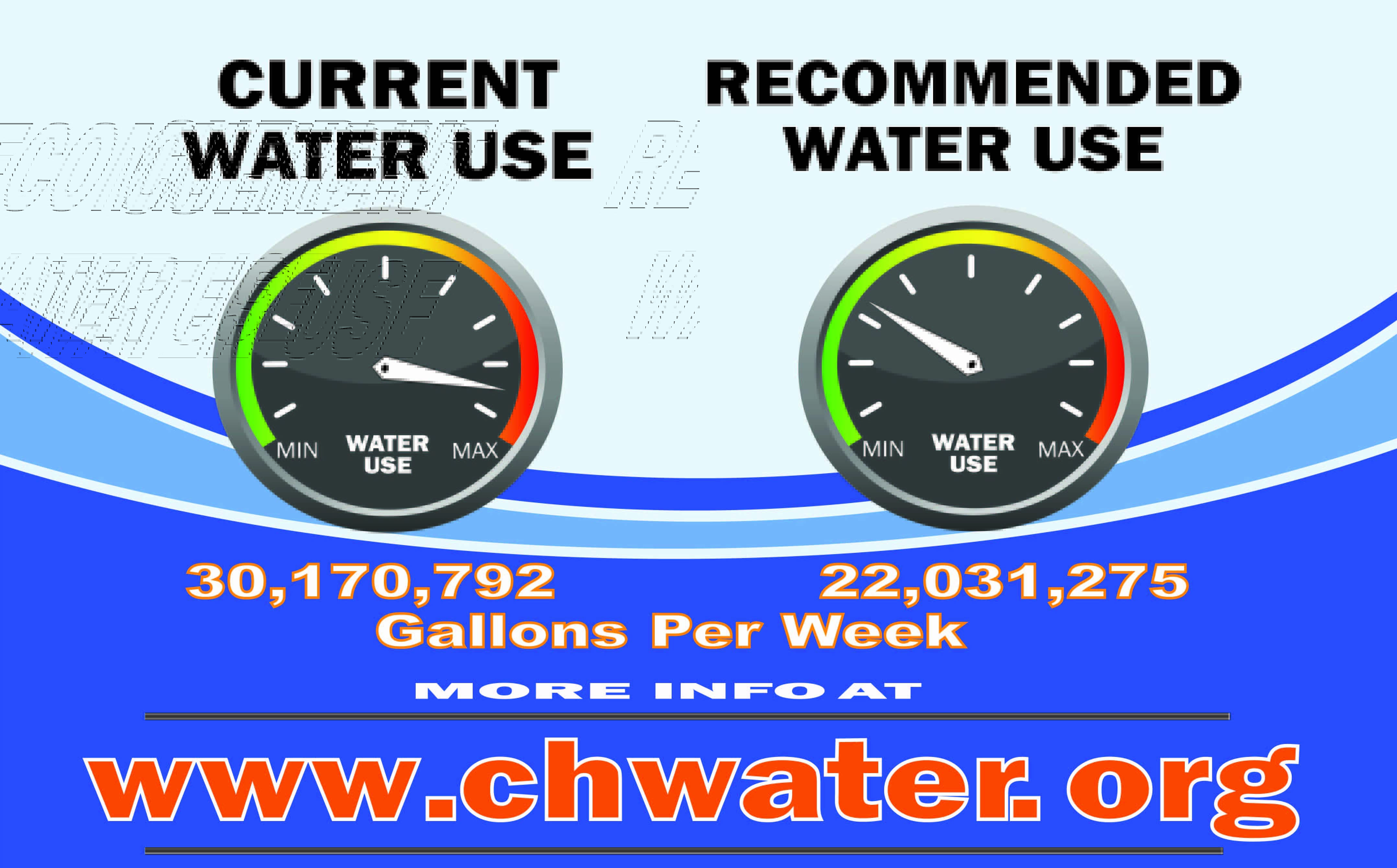 July 4: Please do your part to conserve water. According to a recent Associated Press article, federal officials have designated all counties in Utah, along with portions of 10 other drought-ridden Western and Central states, as primary natural-disaster areas. The designation comes after several years of drought that plagued the region.  The western United States is facing a serious drought this year, and Utah farmers are already seeing the impacts of less water from a below-average snowpack. Federal and state officials are also fearing a more dangerous wildfire season. 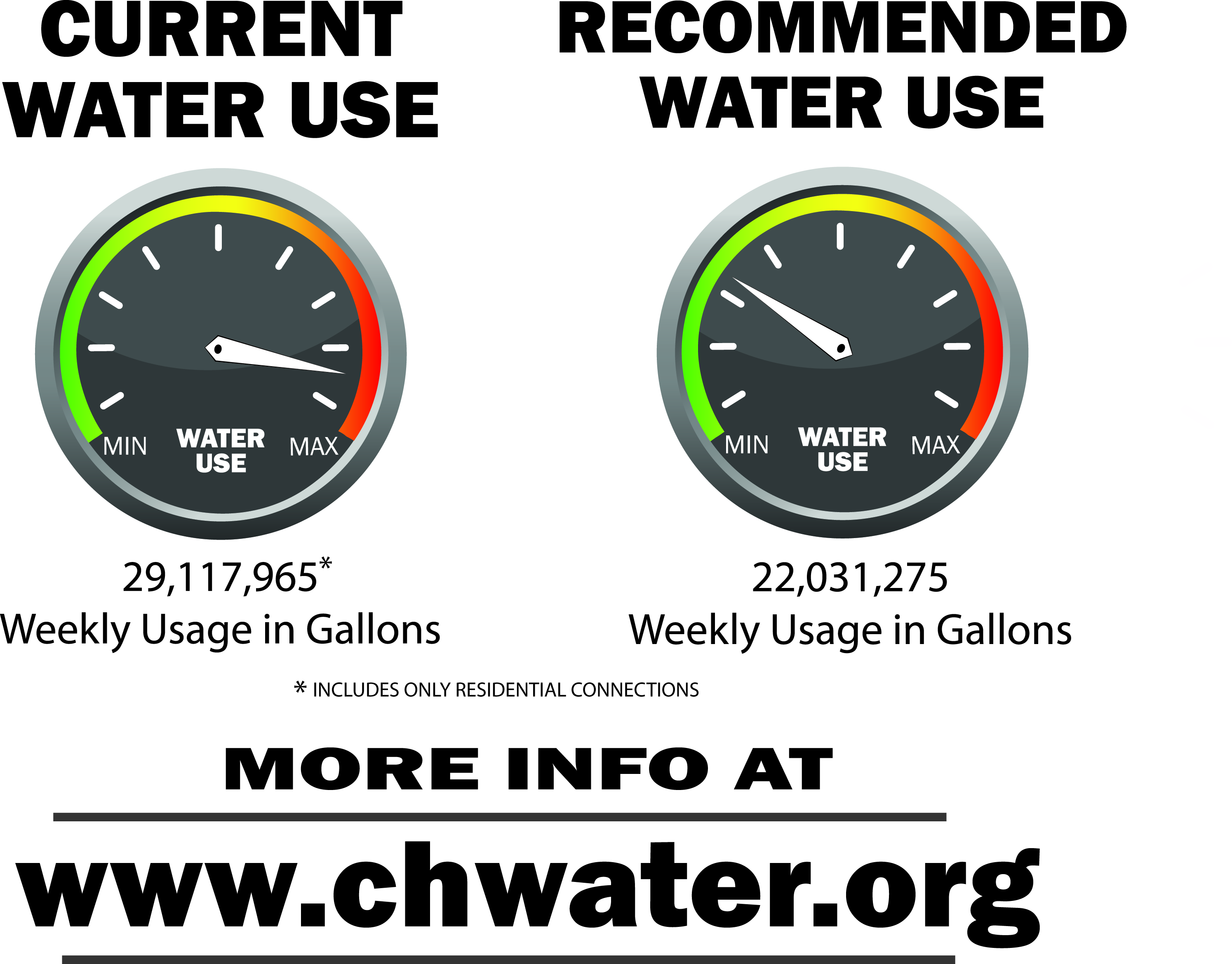 June 27: Average temperatures are lower this week than normal for the season. Watering may be reduced during the week. The water supply outlook for the Provo basin indicates total snowpack concluded at 72% of average. Given current conditions, most watersheds will have melted out by early June. The remaining water season will rely heavily on precipitation and reservoir storage, which for the month of May ended at 77% and 74% respectively. According to the Natural Resources Conservation Service (NRCS) most recent report, “Water users with reservoir storage may have short supplies this year across much of the state, and those reliant on direct stream flow will experience shortages.”