There are a few construction projects starting in the city.

First, the land just south of WalMart will be a new home development.  All agreements have been finalized and the land has been purchased by David Weekley Homes. They are starting to put in the infrastructure needed and hope to have several homes built this year. The development will include 80 single-family homes. The image below provides concept ideas of what the houses will look like, though there may be some changes as they move forward. 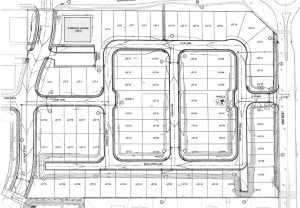 Next, we have begun construction on Harvey Park, which is located next to Deerfield Elementary. The City Council approved a bid for Phase I, which includes a splash park; playground; pickleball, tennis, and basketball courts; a baseball diamond; and field space for sports such as soccer, football, and lacrosse. The final design for the park was based on feedback received from residents in a city-wide survey sent in 2017 and a subsequent city event where conceptual plans were shown and residents had an opportunity to weigh in on the plans. The final result incorporates the elements that received the highest number of votes with the goal to accommodate as much outdoor play and recreation as possible. Additionally, the park connects to the Murdock Canal Trail, aligning with city plans to have trails connecting our parks for better pedestrian access.

Lastly, though construction hasn’t started, two businesses have received preliminary approval in our commercial zone, located on North County Blvd just south of Harts. Both businesses still need to receive final approval from the Planning Commission and City Council so there will be some changes to the renderings below based on feedback and approvals from both groups. The first is Taco Bell, which will be located right on North County Blvd at the north end of the parcel. They plan on starting construction as soon as final approvals are received and hope to be open before school starts in the fall.

The image below shows the layout of Taco Bell, with the yellow line representing North County Blvd. The road to the north of Taco Bell will be a new access road built between Taco Bell and Harts.

The second building is Extra Space Storage, which will be located east of Taco Bell, on the back northeast portion of the commercial zone. The building has 35 bay doors for storage units accessed from the outside of the building, all located along the back and sides. The rest of the building consists of indoor climate-controlled storage units.

The image below shows the layout. The road to the west is a new road that will be built in the commercial zone, which will be located behind Harts, Dollar Tree, Marcos Pizza, and Great Clips and will connect to Cedar Hills Drive. To the north will be the new homes discussed above, to the east is the existing residential neighborhood, and to the south is undeveloped land for future commercial development.