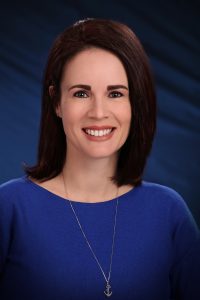 Mayor’s Message
Over the past several months, I have been working with our City Council and many others from throughout Utah County to advocate for a change in our county form of government. Since Utah County was created, we have operated under a three-member commission, which is setup so that three elected commissioners hold both executive and legislative powers for county government. While this form of government is often sufficient for smaller counties, our county is growing quite rapidly and this form of government no longer meets the needs of the citizens. Utah County currently has approximately 650,000 residents but is projected to be at 1.6 million by 2065. As our county grows, it is better to have a government that provides a separation of powers between the executive and legislative branches to ensure checks and balances, as well as regional representation to address the different challenges that exist in the various parts of the county. Having elected officials who are accountable to specific districts means that smaller cities such as ours will have a voice at the county level, something that is currently lacking.

The Utah County Commissioners created a volunteer committee earlier this year to study the options available and to make a recommendation to the Commissioners. After months of study and public meetings, the advisory committee recommended that we transition to a mayor/council form of government with seven council members, five of which should be elected by district and two elected at-large. Their final report, as well as minutes from their meetings and research, can be found online at www.utahcountyfuture.com.

Our City Council has passed a resolution supporting the recommendations of the advisory committee and encouraging the Utah County Commissioners to place this on the ballot for the citizens to vote on. We will continue to advocate for better government at the county level. For more information on this topic, please visit my blog at jenneyrees.com.